Back to school for 130 million 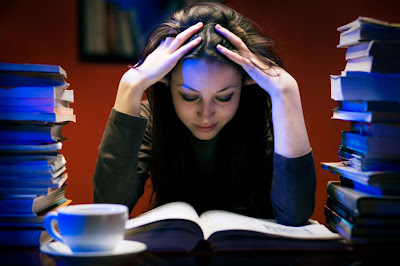 Another school year is gearing up — a good time to focus on one of the fastest-growing “people groups” on the planet: college students.

Worldwide, the number of college students has more than doubled — to 130 million — in the past 50 years, according to Ken Cochrum, global campus strategist for Campus Crusade for Christ.

“If taken as a whole, this generation of college students would constitute the world’s 10th-largest country,” Cochrum reports in the August edition of Lausanne World Pulse. “Governments of developing nations have realized that their future depends upon a well‐educated population who can compete in today’s borderless ‘glocal’ economy.”

Those governments, joined by corporations and advertisers, “invest millions of dollars each year attempting to influence students and the choices they will make for the rest of their lives,” Cochrum observes. “What about the church? What level of urgency and intentionality do we give to making disciples and building Christ-centered movements among students today?”

Cochrum lists some of the major urban centers that have become magnets for students — Moscow with 1.2 million, Mexico City with 400,000, Rome with 250,000. The list grows, along with the hopes of millions of families riding on their sons and daughters seeking higher education.

I met several elite university students in Moscow a few years ago. They attended a professional development seminar based on Christian principles.
The seminar stressed the “soft skills” seldom seen in Russia’s highly competitive business climate: relating to others, constructive criticism, encouragement and teamwork.
“We’re really trying to help students with their understanding of human relationships,” explained one of the seminar leaders, a Southern Baptist worker. “How do you treat people if you want to build trust? One of the most important principles we focus on with them is the Golden Rule: Treat others as you would like to be treated — with dignity and value.
“We’ve had students who’ve finished the initial phase of training say to us, ‘This is going to change my life.’ Or they’ll say, ‘The Golden Rule is the most important rule in all of life.’ These are lost people saying what Jesus said. It really is business training, but it’s amazing what the Holy Spirit can do when we present truth.”
Maxim, an international business major, had tears in his eyes after the final session as he thanked the leaders. He wrote on his seminar evaluation form:
“I’d like to find out my values. Would you help me? Do you think that career is the meaning of life? When I’m dying, I want to be sure that I was a good man, that I’ve walked through a right life. Is there truth in business that’s going to help me?”
The next step: an invitation to one-on-one mentorships with Christian business professionals. After that, responsive students are invited to home worship groups to delve more deeply into the Gospel. When they become disciples, they will become leaders for Christ in Russia.
Churches and mission ministries probably will never have enough resources to reach every searching student like Maxim. The way to keep up with the global student explosion, Cochrum believes, is to nurture student-led movements that multiply disciples and leaders.

“Healthy student-led movements of spiritual multiplication serve as a leadership engine for the body of Christ,” he says. “Students don’t remain students forever. Within five years most of these 130 million will be on their journey to the marketplace. They will begin leading families and paying taxes. They will shape fields such as government, scientific research, education, sports and entertainment.

“Today’s students will determine tomorrow’s culture. … The next few years represent a significant window of opportunity.”

And let no one underestimate their spiritual potential. American Protestants counted fewer than 1,000 missionaries worldwide before the YMCA launched the Student Volunteer Movement in 1888, led by John R. Mott. By 1920, the movement had directly mobilized more than 8,700 missionaries for reaching the lost — and influenced many more to go — setting the stage for an unprecedented era of Christian expansion worldwide, despite the wars and upheavals of the 20th century.

A new student-led movement might do the same in our time. 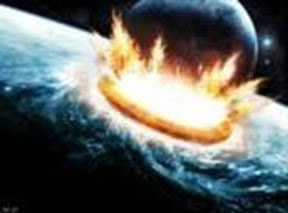 If not that day, then definitely no later than Dec. 23. It depends on how you calculate the ancient Mayan calendar, which supposedly ends on one of those dates after 5,125 years, at which time earth will be destroyed by a massive solar flare or a collision with another planet.

On the bright side, it might not be the end at all, but rather a galactic realignment or transformation of cosmic consciousness. Or something like that.

Those are the confident predictions of assorted mystics and “experts” who want to sell you their books and videos for only $19.95. But wait; there’s more! A Major Motion Picture about it is coming to a theater near you — this year, of course, so it has plenty of time to go to DVD before the apocalypse.

End-of-the-world stories have flooded multiplexes, TV networks and bookstores in recent years. Meteors. Storms. Epidemics. Aliens. Flesh-eating zombies. Are such stories an excuse for movie producers to create cool digital effects and fill theater seats? Partly, yes. But they also reflect the fears and anxieties of people living in unstable times, according to pop culture critics.

The golden age of bad horror movies arrived in the 1950s, when the postwar world began living under the shadow of a terrifying new threat: nuclear annihilation. Cheesy disaster flicks abounded in the 1970s, after American society seemingly had disintegrated in the wake of protests, riots, assassinations, Vietnam and Watergate.

The latest invasion of doomsday films is understandable, what with the psychological dislocations caused by the turn of the millennium, 9/11, wars, terrorism, pandemics, economic havoc and climate-change fears.

“Terrorists are coming to get you! And the world is going to end, six different ways! But first a word from our sponsor,” is how TIME columnist James Poniewozik describes the media frenzy. “Super-terrorists, natural disasters and mega viruses are not imaginary. But they’re more viscerally scary and easier to apprehend than vital but boring systemic problems like the economy and public health.”

Beyond real or hypothetical disasters, the relentless pace of change makes it harder and harder for people to cope with day-to-day life. Temporary escape into apocalyptic fantasies is appealing.

I love disaster stories. I’ve been a science fiction buff since I was a kid. But that doesn’t mean I believe the planet will explode next week. Nor do most Americans. A study released by LifeWay Research earlier this year found that only 11 percent of 1,600 survey participants agreed with the statement, “I believe that the world will end in my lifetime.”

Still, preoccupation with doomsday scenarios distracts many people from more immediate issues. It also distracts Christians, some of whom spend more time debating the exact meaning of the imagery in the Revelation to John than living and proclaiming the Gospel of John.

A young man I know who is seeking to follow Christ stops by the house about once a week. We walk around the block, talk about the challenges he’s facing and what the Bible says about life. Recently he asked with an anxious tone, “Is the world gonna end in 2012?” He’d heard about the Mayan calendar thing, too. He also described the frightening dreams he had after reading the most difficult and mysterious passages in the Book of Revelation.

I quickly directed him to perhaps the most relevant portion of Revelation for our time: the first three chapters. The risen Christ chastises the seven churches of Asia Minor for leaving their first love of God, for their lukewarm spirituality and for tolerating sin in their midst.

“Wake up, and strengthen the things that remain, which were about to die; for I have not found your deeds completed in the sight of My God,” Christ warns the church in Sardis. “So remember what you have received and heard; and keep it, and repent. Therefore if you do not wake up, I will come like a thief, and you will not know at what hour I come to you” (Revelation 3:2, 3, NASB).

That passage clarifies several things we know from other parts of Scripture: Jesus Christ will return to earth. We do not know the day or hour. Until that day arrives, our best course of action is to repent of our sins and halfhearted worship, return to our first love for the Lord and obey Him in all things.

There’s something else we must do to prepare for His return: Proclaim the Gospel to all peoples. Jesus’ clearest statement about the apocalypse appears in Matthew 24:14 (NASB): “This gospel of the kingdom shall be preached in the whole world as a testimony to all the nations, and then the end will come.”

Then and only then. So let’s get to work.