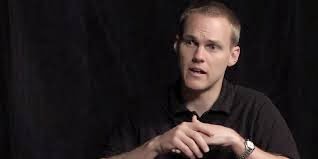 It’s hard not to offend people these days, especially if you actually believe what the Bible says about right, wrong, sin and salvation.

Fearing the loss of friends, being dismissed as irrelevant — or worse, being called intolerant — many evangelicals jump on the bandwagon of popular social-justice causes, but lapse into uncomfortable silence on issues such as same-sex marriage and abortion. Some quietly abandon biblical positions on controversial issues altogether.

That path eventually leads to a deeper surrender, however. Because the entire foundation of biblical morality, not to mention the biblical basis of Christian missions, rests on the most “offensive” claim of all: the gospel itself.

“[T]he most offensive and countercultural claim in Christianity is not what Christians believe about homosexuality or abortion, marriage or religious liberty,” writes IMB President David Platt in his new book, Counter Culture: A Compassionate Call to Counter Culture in a World of Poverty, Same-Sex Marriage, Racism, Sex Slavery, Immigration, Persecution, Abortion, Orphans and Pornography. “Instead, the most offensive claim in Christianity is that God is the Creator, Owner, and Judge of every person on the planet. Every one of us stands before Him guilty of sin, and the only way to be reconciled to Him is through faith in Jesus, the crucified Savior and risen King. All who trust in His love will experience everlasting life while all who turn from His lordship will suffer everlasting death.”

That claim — and the idea that God became a man, died on a cross and rose again to embody it — is foolishness at best, anathema at worst to postmodernists, atheists, secularists, Muslims and other subsets of humanity comprising billions of people. It is increasingly costly, even dangerous in certain places, to proclaim it. Some cultures consider it blasphemy; others call it hate speech. That’s really nothing new if you peruse church history.

The main question for self-proclaimed Christians, Platt suggests, is this: Do we believe this gospel?

If we don’t, we should reconsider whether we really follow the Christ revealed in the Bible. If we do, everything else we believe and do must flow from it. We don’t get a pass on the toughest issues engulfing culture today, nor do we get to pick which ones to address. We must counter them all with the revolutionary, uncompromising love of the gospel. Hence the title of Platt’s book.

And the gospel is an equal-opportunity offender, as Platt has discovered in his personal spiritual life. He says God convicted him of his own silence about racism and abortion, among other issues. That’s why he’s speaking to other believers now.

“I sense a trend in the church among evangelical Christians — particularly younger evangelicals, but really broader,” he observes. “We have this tendency to pick and choose which cultural issues we’re going to stand up and speak out on and which we’re going to sit down and be quiet on, usually based on those issues that are most comfortable and least costly for us to speak out on. It is right for us to speak out against poverty and sex trafficking, and I’m thankful for increased awareness of issues like that and the way people are speaking out on those issues.

“The danger, though, is if we speak boldly on issues like that, but then when it comes to issues like abortion or so-called same-sex marriage — issues that are much more likely to bring us into contention with the culture around us — we’re much more likely to be quiet. Before we know it, our supposed social justice actually becomes a selective social injustice. … The same gospel that compels us to combat poverty compels us to defend marriage. The same gospel that compels us to war against sex trafficking compels us to war against sexual immorality in all of its forms.” (Hear Platt on “picking and choosing.”)

That kind of consistency won’t win us many popularity contests, but if we back up our words with lives of grace, truth and loving action, we will change culture rather than surrendering to it. (Hear Platt on whether addressing cultural issues hurts our witness.)

Why court controversy so early in his tenure as IMB leader? Platt began writing the book several years ago, while he was pastor of The Church at Brook Hills in Birmingham, Ala. He submitted it to his publisher well before his election by IMB trustees last year. But he remains convinced the time is right for its message to an American church facing fundamental challenges.

“I trust that the Lord led me to write this and knew exactly where I would be when it came out,” he told IMB missionaries and staff in a recent message. “Further, I am completely convinced that these issues are not just American issues … these are global issues … . I want to use any platform the Lord has given to me to strengthen the church in this culture in order that we might send out and support brothers and sisters into other cultures with rock-solid confidence in God’s Word and with wisdom to apply the gospel to these pressing social issues.”

Only servants with that kind of confidence can make a real impact on the world’s lost, who suffer from the worst injustice of all.

“The greatest injustice in the world is the fact that a couple of billion people still don’t have access to the gospel,” Platt says. It is the gospel alone “that has the power not only to change cultures on this earth but to transform lives for eternity.”
Posted by Erich Bridges at 8:34 AM No comments:

Four threats and a promise 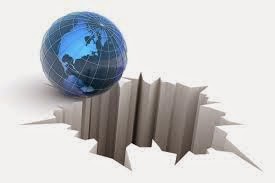 Will a new Cold War begin over the hot war in Ukraine? Will the European Union crumble, sparking another global recession? Will Iran go nuclear? Will the tottering Arab world collapse?

Tyranny is cruel, but anarchy may be worse. Ask anyone living in one of the increasing number of failed (or failing) states around the world as 2015 stumbles toward … what?

“Our age is insistently, at times almost desperately, in pursuit of a concept of world order,” writes Henry Kissinger, chief architect of U.S. foreign policy for Presidents Richard Nixon and Gerald Ford, in his recent book World Order. During tumultuous times, Kissinger engineered Nixon’s historic 1972 opening to China. He also helped craft détente — the easing of decades of nuclear-armed tensions with the Soviet Union.

Today, however, order and agreement are becoming hard to find.

“Chaos threatens side by side with … the spread of weapons of mass destruction, the disintegration of states, the impact of environmental depredation, the persistence of genocidal practices, and the spread of new technologies threatening to drive conflict beyond human control or comprehension,” Kissinger warns. “Are we facing a period in which forces beyond the restraints of any order determine the future?”

If Kissinger can’t answer that question regarding world affairs, I certainly won’t try. But here are four key threats to monitor this year, according to risk assessments from the Eurasia Group, the World Economic Forum, Stratfor Global Intelligence and other globe watchers:

1.      Russia and Ukraine — As conflict in eastern Ukraine intensifies between government forces and Russian-backed rebels, peace prospects seem to be fading. Western economic sanctions (and lower oil prices) have crippled the Russian economy, and the United States is now considering sending arms to Ukraine. Russian President Vladimir Putin frames the struggle as a new assault by the West generally, and the United States specifically, on Russia and its essential interests — and threatens a return to Cold War footing. But will Putin stay in power long enough to act on his warnings? He’s popular at home, for now. But the longer the Ukraine crisis goes on, some observers say, the more likely it is that Putin’s regime will eventually collapse under the weight of economic trouble. “And if Russia destabilizes, it is the destabilization of a nation with massive nuclear capability,” reminds Stratfor chief George Friedman.

2.      Europe on the edge — National economies in Europe continue to stall or decline. Unemployment continues to rise, threatening the still-fragile global recovery from the Great Recession. Fear of social and political chaos grows as angry populist movements on the left and the right blame the continent’s ills on the European Union, economic austerity measures, immigrants, Muslims — and Europe’s age-old target, Jews. Ugly anti-Semitism is on the rise in the continent that has promised “never again” since World War II.

3.      State collapse — ISIS isn’t the only “non-state actor” with the potential to overwhelm whole governments. Rebels, terrorists and international criminal cartels have been able to do that for a long time. But this bloodthirsty band of Islamists has morphed from one faction in the Syrian civil war into an army that aims to conquer multiple countries. And they’re not alone. Kissinger: “In the Middle East, jihadists on both sides of the Sunni-Shia divide tear at societies and dismantle states in quest of visions of global revolution based on the fundamentalist version of their religion. The state itself — as well as the regional system based on it — is in jeopardy, assaulted by ideologies rejecting its constraints as illegitimate and by terrorist militias that, in several countries, are stronger than the armed forces of the government.”

4.      Iran versus Saudi Arabia — These two states, though challenged from multiple sides, will continue to struggle for effective control of the Middle East, influencing regional conflicts, the Sunni-Shia feud, the security of Israel, the price of oil and other flashpoints. If Iran develops nuclear weapons, the competition could escalate beyond control.

As followers of Christ, what are we to do in chaotic times? Fear not (the most frequent command in Scripture). Trust God. Pray hard. Act in obedience. And keep going to the nations.

That is a promise, a guarantee — regardless of the historical moment. The church has flourished in harder times than these.
Posted by Erich Bridges at 1:27 PM No comments: