The Creed: His glory their reward 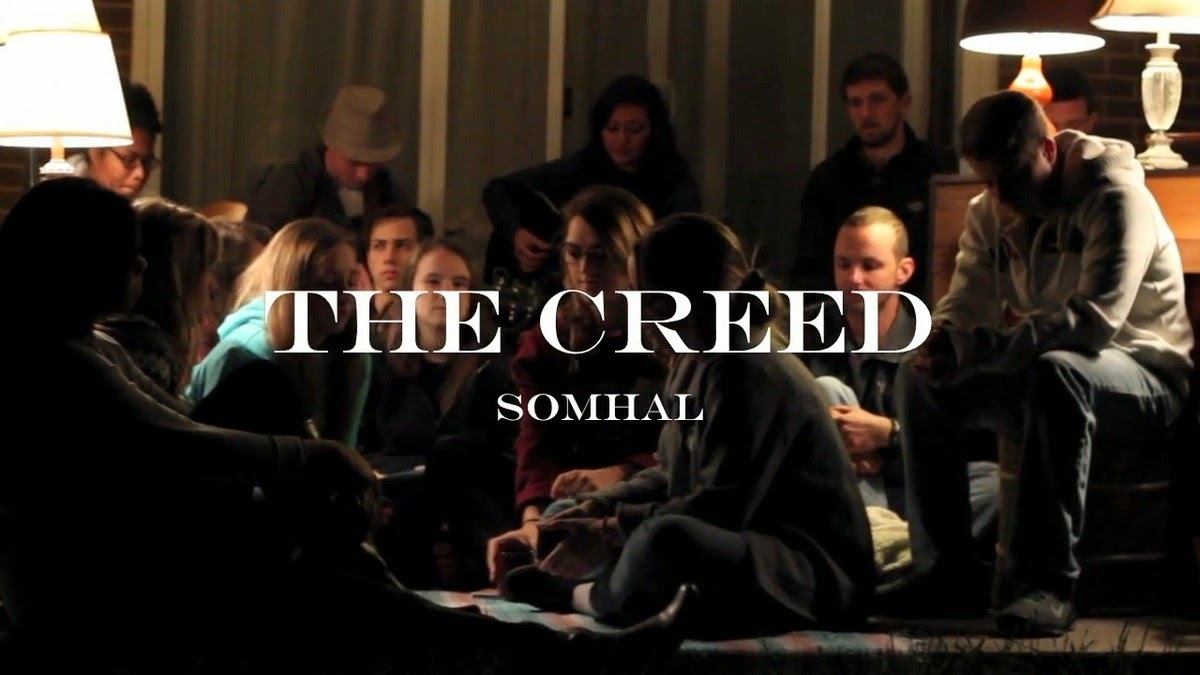 Here’s a creed worth adopting — if you dare.


As a follower of Christ: I am called not to comfort or success but to obedience. Consequently, my life is to be defined not by what I do but by who I am.
Henceforth: I will proclaim His name without fear, follow Him without regret and serve Him without compromise.
Thus: To obey is my objective, to suffer is expected, His glory is my reward.
Therefore: To Christ alone be all power, all honor and all glory, that the world may know. Amen!


Those 83 words challenge a number of things we hold dear as modern Americans: personal independence, success, comfort, unlimited options. They comprise the creed, which is first memorized, then lived out, by students accepted into Fusion (imbstudents.org/fusion), a challenging year of mission training and action for college-age Southern Baptists.


Fusion, now in its 10th year, is a partnership between IMB and Midwestern Baptist College, the undergraduate program at Midwestern Baptist Theological Seminary in Kansas City, Missouri. It puts students through far more than an academic overview of missions. They spend the fall semester living and studying in a close discipleship community, participating in specialized training programs, doing ministry and evangelism in the Kansas City area — and holding each other accountable to their commitment. For the spring semester, they head overseas to join IMB missionaries in various locations. Fusion teams are trained to go to the least-reached people groups, so they often travel to physically challenging or high-security areas around the world.


Wishy-washy believers need not apply. Well, they can apply, but they won’t stay wishy-washy for long.


Gwen Noonan* found that out for herself when she signed up. Noonan, now 20, entered the Fusion program in the fall of 2012. She was as an enthusiastic 18-year-old from California searching for exciting ways to serve the Lord. In Fusion training, she soon learned that God seeks more than our service; He seeks our whole being.


“During our contingency training, we were put into scenarios that felt so real — even though they weren’t — that I really had to ask myself whether or not the gospel is worth my life,” she said. “Is Jesus, really knowing Him, worth all that I have to go and glorify Him in the nations?”


She also learned about Karen Watson, whose words and life helped inspire the Fusion Creed. Watson, another Californian, was one of four Southern Baptist relief workers killed by unknown gunmen in Iraq in 2004. A former law enforcement officer known both for her toughness and her passion for God, Watson knew the risks of working in Iraq. She had willingly returned there shortly before her death after several previous close calls with death.


“When God calls there are no regrets,” Watson wrote in a now-famous letter found in a sealed envelope marked “Open in case of death.” She left it with her pastor when she departed for the Middle East in 2003. “I tried to share my heart with you as much as possible, my heart for the nations,” Watson said in the letter. “I wasn’t called to a place; I was called to Him. To obey was my objective, to suffer was expected, His glory my reward, His glory my reward.”


Fusion training confronted Noonan with spiritual reality. “Learning more about Karen’s story helped me realize His Glory really is my reward and really is worth it,” she said. “Knowing the sweetness of Jesus even in the midst of these hard things, knowing Jesus even in His sufferings, was something I would be willing to lay my life down for.”


Noonan’s commitment deepened when she went to her mission assignment overseas, which involved developing friendships with Muslims in order to share the gospel. It wasn’t easy, but she found Christ already was there.


“I went through a time of loneliness,” she remembered. “Jesus was just so faithful during that time, and He used the creed to encourage my heart. [He said] ‘I am so worth it. I have suffered for you and to obey My Father. Abide in Me and know the sweetness of laying your life down.’”


During that time Noonan, a musician, also completed a song based on the Fusion Creed that she had begun writing during training. When she returned to the United States, she recorded “The Creed” and participated in the making of a video featuring the song: https://vimeo.com/112718306.


This year, Noonan has become a Fusion “advocate,” one of the alumni who return to help prepare the next generation of Fusion trainees — not only for their overseas assignments, but for a lifetime as disciples who make disciples. In January, 59 people now in Fusion training anticipate going in teams to North Africa, the Middle East, Central Asia and South Asia to glorify God. Noonan will lead a team of three young women back to the area where she served last year.


Her reward? His glory.


*Name changed
Posted by Erich Bridges at 8:07 AM No comments:

The rise and fall of walls 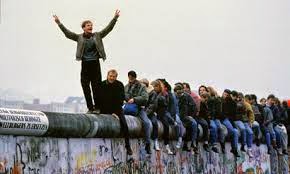 Walls of the mind and heart are harder to tear down than walls of brick and stone.


The fall of the Berlin Wall 25 years ago brought great hopes of a new birth of spiritual and political freedom, not only in the communist orbit but around the world. In many ways, those hopes were realized. Old tyrannies began to crumble. The Cold War ended after more than a generation of East-West conflict. Churches and believers long imprisoned by persecution and fear were released into the sunlight of liberty.


The collapse of the Soviet Union followed the glorious opening in Berlin. Waves of Christian workers from the West flooded into Eastern Europe and the former Soviet republics to assist their brothers and sisters in the faith. An exciting era of evangelism and church planting began.


That era continues, despite the turmoil that has followed Soviet communism’s demise.


“The wall was an outward symbol of an inward reality,” Mark Edworthy, IMB strategy leader for Europe, told IMB writer Nicole Lee. “Communism had erected a spiritual barrier with its incessant denial of God’s existence and its cycle of cruelty. Spiritually, we eagerly took up a hammer and chisel to work against that greater barrier.” A quarter-century later, “we can see greater trophies than stone and mortar as the Lord has continued to build His church throughout the former Soviet sphere.”


But believers are working with urgency in Eastern Europe, Lee reported, “because no one knows how long the door to some of these countries will remain open. The ongoing war in Ukraine highlights the fact that, although the Cold War is over, communism and other secular philosophies are still at work.”
The social and economic chaos of the immediate post-Soviet years led to yearning — in Russia, at least — for a “strong hand” at the helm, which has resulted in new tensions with the West in recent years. Those tensions are pushing the world to the “brink of a new Cold War,” warned former Soviet leader Mikhail Gorbachev at a Nov. 8 event in Berlin marking the Wall’s fall. Gorbachev, whose reforms helped hasten the end of the Soviet empire, criticized global powers for failing to work together to end conflicts in the former Yugoslavia, the Middle East and Ukraine.


For now, open ministry continues.
“We really don’t see any comprehensive political pressure that hinders the advance of the gospel. Materialism and consumerism have replaced communism,” said one Christian worker based in Russia. Still, he added, “Our time might be short. Have we planted an apostolic burden among Russian church leaders? There are some who [are passionate about reaching the lost], but we need many more.”


The message is one that has been repeated again and again throughout history: There are no guarantees — except for the presence and sovereignty of the Lord. Walls may fall, while others rise. In the political realm, the Tiananmen Square crackdown in Beijing occurred in 1989, the same year the Berlin Wall came down. Yet the Chinese church, which suffered one of its darkest hours during the savage persecution of the 1966-76 Cultural Revolution, continues to grow in size, vitality and passion for global mission.
“God may seem silent on occasion. At other times, people simply don’t trouble to hear his voice,” writes Philip Jenkins, distinguished professor of history at Baylor University, in Christianity Today. “As an example, we might look at the experience of China, which over the past two millennia has remained the world’s most populous nation. The story of Chinese Christianity is a recurrent cycle of mighty boom years followed by what seemed like total annihilation at the time, an obliteration so absolute that on each occasion, it was quite clear that the church could never rise again. That cycle has occurred five times to date since the ninth century. On each occasion, the Chinese church has reemerged far more powerful than at its previous peak. Each successive ‘nevermore’ proved to be strictly temporary.”


Today, the very existence of the church in the Middle East, the cradle of the Christian faith, seems threatened by the advance of Islamic extremists. But God will not leave Himself without a witness.


“Even when institutional churches vanish, believers persist in many different forms,” Jenkins writes. “As Anatoly Lunacharsky, the frustrated Soviet minister of education, complained in 1928, ‘Religion is like a nail: The harder you hit it, the deeper it goes into the wood.’ Sometimes it goes in so deep, you can’t even see it.”


One day that nail reappears, stronger than ever.
Posted by Erich Bridges at 5:13 PM No comments: