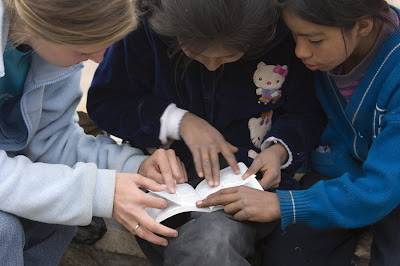 At least 40 years into the “age of the volunteer” in world missions, debate still rages about whether short termers are a blessing or a curse.

Peruse mission journals or blogs, and you will find articles celebrating or questioning the ongoing volunteer phenomenon, which has seen tens of thousands of lay church members travel abroad to preach the Gospel.

At one end of the philosophical spectrum are those who believe volunteers have transformed and revitalized missions, returned the global mission task to its proper owner — the local church — and mobilized several generations of believers to take the Gospel to the nations. At the other extreme are critics who warn that “amateur missionaries” on vacation with good intentions and poor preparation make little positive impact for the kingdom of God abroad — and do actual harm in some instances.

I don’t pretend to be objective in the debate: I’m pro-volunteer. I’ve been making the case for mission volunteerism since the late 1970s. A week after finishing college, I signed on with Southern Baptists’ new Mission Service Corps program for long-term volunteers and started writing feature stories about other volunteers working throughout America. A few years later I joined the Foreign (now International) Mission Board news staff and began to see volunteers in action overseas.

In those days, some missionaries grumbled about having to take time from their ministries to “baby-sit” visiting volunteers, find something productive for them to do, keep them from causing an international incident, etc. Time passed, however, and more and more lay volunteers came to serve. Open-minded missionaries — and even some of the grouches — began to discover how valuable volunteers could be in evangelism, relief work, launching new ministries, even penetrating new regions and people groups with the Gospel. When they went home, excited volunteers told about their spiritual adventures and got their churches involved in supporting and participating in missions.

Today, most new missionaries point back to experiences they had as volunteers or shorter-term workers as key moments in their journey to a life commitment to missions.

Still, the critics make some valid points about volunteering. There’s a right way — and many wrong ways — to do volunteer missions. Church teams that “parachute” into an overseas location, make no attempt to work with or even contact missionaries and local believers and proceed to do their own thing seldom produce real results. They often claim hundreds or thousands of “converts,” few of whom can be found a week after the volunteer team goes home.

A missionary friend in Southeast Asia has worked for many years in a land that gets many such visitors. They come. They look around. They leave. Few return.
“People come and go by the planeload with great intentions to ‘save’” the nation, he says. “Nearly every plane that lands has one or two mission teams on it. Many mission trips are little more than ‘Christian tourism,’ where you hit a few key sites and bypass thousands of less-prominent locations.”
He calls it “hit-and-run evangelism.”
“I know there are tons of great people who love [this country] and are doing all they can to see change,” he stresses. However, “to see change in culture, to see change in community, requires one very important element. It is not church permits, national strategies, education, money, buildings, infrastructure, good governance, electricity, high-speed Internet, systematic training, dedicated locals, training materials, pioneering missionaries, more mission teams, more preachers, more Bible schools, more NGOs, more parachurch organizations, more churches, more pastors. Nope. All those are good and eventually will be developed, but what is needed is far more mundane: time to exert influence.
“To really see [this nation] changed, we need people who are called of God and willing to commit their lives here. To gain the trust of the people requires time. To build relationships requires time. To learn a language requires time. To develop key strategies requires time. To have influence requires time.”
Besides the love of Christ, time is the most important thing missionaries can give to the people they serve. Day after day, month after month, year after year — but, ideally, not one hour longer than it takes to prepare local believers to take over the work.
Volunteers who want to make a difference are wise if they seek such servants.
“The local church is waking up to its role in the Great Commission, but that doesn’t mean we don’t need God-called, culturally trained, long-term missionaries who passionately love and deeply understand the people groups they are assigned to,” writes Southern Baptist Convention President Johnny Hunt in his new book, Get Connected: Mobilizing Your Church for God’s Mission (order at imb.org/GetConnectedBook).

Hunt, pastor since 1987 at First Baptist Church of Woodstock, Ga., led a church that hadn’t produced a missionary in 150 years to be one of the most strategic mission mobilization centers in America. It sends out hundreds of volunteers each year and partners with missionaries in some of the most challenging places on earth. But Woodstock never does “Lone Ranger” missions, if Hunt has anything to do with it.

“I see a lot of churches led by enthusiastic young pastors who ride off to the mission field with no vision, no strategic relationship, no plan,” he observes. “They ‘fire a shot’ here and there and come home with some great stories, but it often ends there. Don’t try to be Indiana Jones, the solo hero who barely makes it back alive. Be a team player, a coach and a mobilizer. … Work with a knowledgeable mission partner who knows his field. You’ll make a much more lasting impact.”

Faithful is as faithful does 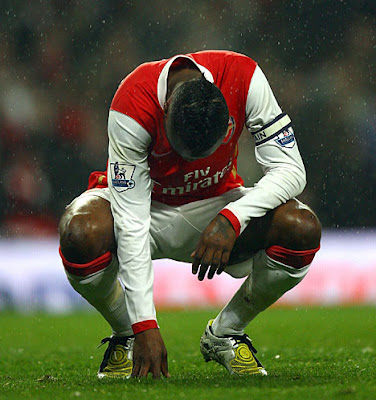 Every Christian, declared the great preacher C.H. Spurgeon, is either a missionary or an imposter.

Or both. Even the Apostle Paul had his days of discouragement, despair and failure. Just read his letters. A sign of growth for a believer is living like a missionary more days than you live like an imposter.

One of the great things about being around Christian mission work — or a good church, for that matter — is associating with people who are more faithful, more committed and more passionate about serving God than you are. They are a “cloud of witnesses,” as Hebrews 12:1 describes the saints of old, who motivate the rest of us to pursue a higher calling.

Anna, a 98-year-old lady in my church, participates in multiple ministries during a typical week. Recently she spoke at a women’s detention facility and 14 inmates gave their lives to Christ. Anna has a great sense of humor, too. No one can top that! But we can listen to her wisdom, learn from her life and follow her example with God’s help.

To paraphrase Forrest Gump, faithful is as faithful does.

Sometimes being faithful to God means being too stubborn to quit in the face of indifference, inertia, bureaucracy and human nature. Medical missionary Jennifer Myhre calls it “push.” Anyone working outside the developed world will instantly recognize what she’s talking about. “Cope vs. Hope,” an excerpt from Myhre’s blog, appeared in the April 24 issue of WORLD magazine (http://www.worldmag.com/articles/16626).

“Much of life as a missionary and a physician in a rural, poor, marginal and probably corrupt place involves push,” writes Myhre, who serves with an evangelical mission at a hospital in Uganda. “By this I mean the extra effort required to make the system work the way it should. One could simply go to the hospital, do what one can do and throw up one’s hands about the rest. Which is, after many years of stress and defeat, the passive way that many of our colleagues cope. And me too, some days.

“But not today. As soon as I walked on the ward, I found out that my newest admission had died at 2 a.m. This was an extremely ill child with sickle cell disease and severe acute malnutrition, who had come on death’s doorstep. Worrisome, but we’ve seen many similar kids revive. Only this time, the person who promised to bring the blood needed for transfusion never showed up, and no one noticed or did anything about it. I called him today, and he said the district had refused to pay for his transport, because all its funds were frozen due to failure of our entire district to pay taxes for who-knows-how-many years (and who-knows-where that money went).”

She could have cried, yelled at the people who let the child die, or raged against the machine in general. Maybe she did all of those. But she didn’t quit. She got on the phone to cajole, beg and plead with various officials (already overwhelmed with other issues) to fix the blood transport system — at least for the next delivery.

Meanwhile, another child arrived mid-morning with severe malaria and sickle cell disease, needing a blood transfusion. But the child survived the day and even sat up after receiving a liter of IV fluid. Another kid in the ward, a 5-year-old with tuberculosis, smiled and chased a ball after a week of therapy. Twins, and an abandoned 1-year-old girl whose mother was convinced to return for her, went home healthy.

“Very little of my effort today involved specific medical knowledge,” Myhre admits. It involved a few basic resources — and a lot of determination. “People who work in settings like this need prayer support, to not give up, to believe that a little more push is worth it. I know I do.”

Reminds me of Tom Thurman, perhaps the greatest missionary I have known. He carried other people’s suitcases and called himself a “barefoot boy from Mississippi.” But Tom and his wife, Gloria, spent more than 30 years loving and serving the people of Bangladesh — years that included massive cyclones, famine, civil war, the bloody birth of a nation, more human suffering than most can imagine.

“One of the beautiful things is the resilience of the people here,” Tom once said, looking out over the Ganges at dusk. “They just keep trying, against all kinds of odds — winds, storms, cyclones, floods. A farmer will lose everything he has and say, ‘Well, maybe it will be better next year,’ and plant again. … We’ve just walked along the road with them and helped them carry their burdens.”

A close Bangladeshi friend once walked with Tom for many hours on a ministry errand. Looking down, he noticed the missionary’s shoes were bloody. Tom just kept walking.

That, friend, is push.