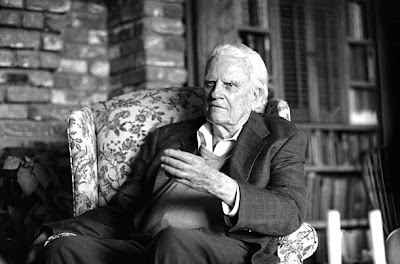 Billy Graham seldom leaves his home in the mountains of North Carolina these days.

At age 92, the legendary evangelist struggles with multiple physical ailments. He makes no secret of how deeply he feels the absence of Ruth, his wife of nearly 64 years, who died in 2007. He misses many lifelong friends who have departed this world.

“We’ve come to look on old age as something to be dreaded, and it’s true that it isn’t easy,” Graham admitted in a recent interview with Christianity Today magazine. “I can’t honestly say that I like being old — not being able to do most of the things I used to do, for example, and being more dependent on others, and facing physical challenges that I know will only get worse. Old age can be a lonely time also — children scattered, spouse and friends gone.”

But long life is a gift of God, Graham added. He advises learning the secret of daily contentment in the Lord — and of looking toward heaven. “I know it won't be long before I’ll be going there, and I look forward to that day,” he said. “Heaven gives us hope and makes our present burdens easier to bear.”

What would he change about his own life if he could do it again? He would spend more time with family and less time on the road. He would study the Word of God more and speak less. He also would “steer clear of politics,” though he doesn’t regret the opportunities God has given him to “minister to people in high places.”

One thing Graham wouldn’t change is his life’s mission: to preach the Gospel to all nations. The most urgent challenges of our time aren’t political or economic, he stressed. They are moral and spiritual.

Evangelical Christianity has experienced huge global growth since World War II. However, “we need to be alert and avoid becoming the victims of our own success,” warned Graham. “Will we influence the world for Christ, or will the world influence us?”

Success doesn’t just tempt us to the sins of pride, arrogance and complacency. It pressures us to conform, to be quiet about uncomfortable truth — such as the truth that Christ is the only way to reconciliation with God. It makes us forget (or reject) the truth ourselves, if we ever learn it. Numerous surveys reveal that American evangelicals are increasingly ignorant of the Bible’s basic teachings, increasingly self-centered, increasingly reluctant to say anything that might offend others in a pluralistic society.

The Christian Gospel is guaranteed to offend. Read the New Testament and see how it went over in the pagan Roman and Greek worlds. The blood of believers flowed freely. But that didn’t stop them from boldly preaching the Good News.

The tenor of our time, on the other hand, is perfectly captured by columnist Kathleen Parker: “Pray there’s a heaven, but do pray quietly. It can’t be a mystery any longer that the God urge has a disquieting effect on certain members of the human tribe. I share the urge, but have found ways of communing that don’t require converting others, invading countries or shedding infidels of their heads.”

Got it? You can love God inside your head and inside your church walls, but keep your mouth shut in public. If you try to “convert others,” better-mannered folks will put you into the same category as religious terrorists. A disturbing number of self-professed Christians quietly or openly agree with Parker’s smug dismissal of both the Bible’s command to evangelize and the American ideal of free religious expression.

Billy Graham, who has never shied away from respectfully but unashamedly declaring the simple Gospel anytime, anywhere, begs to disagree.

“The most important issue we face today is the same the church has faced in every century: Will we reach our world for Christ?” he told Christianity Today. “In other words, will we give priority to Christ’s command to go into all the world and preach the Gospel? Or will we turn increasingly inward, caught up in our own internal affairs or controversies, or simply becoming more and more comfortable with the status quo? …

“[O]ur calling is to declare Christ’s forgiveness and hope and transforming power to a world that does not know Him or follow Him. May we never forget this.”

The modern church needs to come to grips with this reality: A faith that isn’t worth sharing with the world isn’t worth having.

(Read Christianity Today’s interview with Billy Graham at http://www.christianitytoday.com/ct/2011/januaryweb-only/qabillygraham.html)
Posted by Erich Bridges at 10:33 AM 1 comment: 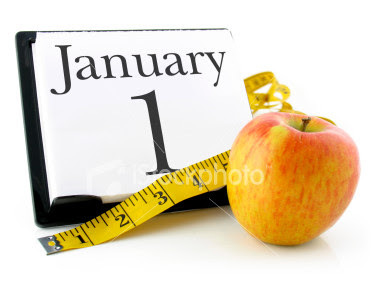 A week into the new year, I’ve already failed to make it to the gym five days out of five.

Why do so many people struggle with keeping New Year’s resolutions? Too often, the whole exercise depressingly highlights our lack of discipline and commitment, not our desire to improve or achieve new goals.

You’re setting yourself up for failure every year, resolution scoffers say. They’ve got a point. You pick a date on the calendar — in the dead of winter, no less, for folks in the Northern Hemisphere — to become a better person and do better things. Not gonna happen. Spring, nature’s time for new beginnings, gives you a better shot at success — unless you have allergies.

But only 23 percent of Americans who made resolutions last year reported any “significant, long-term change” in their daily lives — and some of them are probably fibbing. More than 70 percent said they experienced “minor change” or “no change.”

“Americans maintain a love-hate relationship with New Year’s resolutions: Millions of people make them, but they rarely report success as a result,” said David Kinnaman, Barna Group president. “Maybe most problematic, Americans hinge their efforts at personal change by focusing on themselves, rather than realizing that lasting change often comes by serving and sacrificing for others.”

But there’s a bright spot in the Barna survey results:

Thank God for youth! Hope springs eternal for those unfazed by the ravages of time and regret. Regardless of your age or track record, however, I challenge you to make at least one new commitment (or recommitment) in 2011. One thing is certain: If you aim at nothing, you will accomplish just that.

* Set a goal to serve God and others, not yourself.

* Involve others — to serve with you and to keep you accountable. Kinnaman: “Churches and faith communities have a significant opportunity to help people identify what makes for transformational change and how to best achieve those objectives — especially by relying on goals and resources beyond their individualism.”

* Above all, ask God for guidance and inspiration. He is the Lord of new beginnings:

The Lord’s lovingkindnesses indeed never cease,
For His compassions never fail.
They are new every morning;
Great is Your faithfulness.
“The LORD is my portion,” says my soul,
“Therefore I have hope in Him.” (Lamentations 3:22-24, NASB)

His mercies are new every morning, not just every year. He is a far better “life coach” than all the self-improvement gurus trying to sell you their can’t-miss programs.

Do your goals relate in vital ways to those commands? If not, are they really worth pursuing?

Posted by Erich Bridges at 9:04 AM No comments: