Things of this world 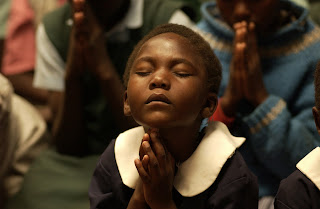 Life would be so much simpler if we didn’t have to deal with … life.

Getting out of bed. Looking in the mirror (which gets more painful by the day, in my case). Traffic. Tedium. Interacting with rude, indifferent and hostile people. Catching yourself treating others with rudeness, indifference or hostility. The countless hassles associated with navigating from morning to night.

Escape to an island of mental and spiritual tranquility sounds great. Serenity now! Lots of people are searching for instant solitude in a distraction-saturated world, judging from the hordes joining yoga classes or permanently attached to their iPods.

The only problem with that approach for followers of God: He didn’t put us here to retreat from life, but to live it.

That’s what Jesus did. Yes, He searched out lonely places early in the morning or during the night watches to pray and commune with His Father. But He faithfully returned each day to minister to the pushy crowds who constantly followed Him (before they abandoned Him) — and to patiently model God’s grace for His stubbornly clueless disciples.

“Love calls us to the things of this world,” writes the poet Richard Wilbur. His soul awakes from sleep and “hangs for a moment bodiless and simple as false dawn” – like the fresh laundry gently swaying outside his window in the morning air “awash with angels.”

“The soul shrinks from all it is about to remember,” yearning for eternal freedom from the flesh, but “descends once more in bitter love to accept the waking body … .”

That is as God intends, at least this side of heaven. We are not of the world, but we are in it until further notice. And He uses the foolish, weak, lowly and despised things of this world for His holy purposes (1 Cor. 1:27-29).

I thought about that during a recent visit to two giant cities in Asia. One is approaching 20 million people; the other isn’t far behind. The Southern Baptist workers in these urban monsters live with all the challenges other missionaries face — radically different cultures, overwhelming spiritual lostness, resistance to the Gospel. They also deal with choking pollution, crime and corruption, constant crowds, despair-inducing traffic gridlock.

How do they cope? Sometimes they don’t. Several told me about struggling with panic attacks, depression, health problems, spiritual oppression.

Yet they persevere, because they love God and the cities they serve. When asked how others can pray for them, one couple offered a simple request: “intimacy with the Lord.” Period. Everything else is secondary; everything else follows.

According to Psalm 25:14, the intimacy (or “secret”) of the Lord is for those who fear Him. “The measure of the worth of our public activity for God is the private profound communion we have with Him,” wrote Oswald Chambers.

In other words, you can’t give what you don’t have. Rivers of living water come from Christ within. If His Spirit has been squelched, we are as dry and useless as bones in the desert.

That’s the balance between body and spirit. God calls us to the things of this world — but He wants to go with us.
Posted by Erich Bridges at 6:25 AM No comments: